9 Reasons Why the Rambo Megatron eBike is a Hunter's Favorite

When it comes to electric hunting bikes, few models excite as much as the Rambo Megatron.

The name alone creates a superhero-like vision of eBikes. But it’s not just for headlines and show; the performance of this bike pairs well with the strong-minded name.

Still, that doesn't mean it's clear to you whether it's all hollow hype or if the Megatron is actually a good choice for your hunting needs.

Top 9 features of the Rambo Megatron for hunters

Perhaps the most impressive detail about this platform is that it's putting power to two wheels. Rather than having one driving wheel outback, you've got two for double the fun.

Just like your hunting truck, having a driving wheel work with the rear helps to improve traction. It'll help the bike to tackle tougher obstacles, and the response down low will increase driveability all-around. What more could you ask for?

No, two wheels under power aren't all that's in your favor. The Megatron works with two fat tires to increase its off-road performance. Of course, having fat tires won't just help you climb rocks.

It also makes the bike much more comfortable to ride on, which is always a good thing when you're bushed from scanning the brush all day. What tires do you dream about keeping on your hunting rig? We're willing to bet it's something from Maxxis. Those folks know a thing or two about off-road performance, and that shows when the rubber meets the road — or the lack thereof.

Considering your hunting eBike will see more time on the trail than on the pavements, it's only natural to want Maxxis there too. Well, that's what the Megatron brings to the table.

If you were thinking a complex series of chains and belts have the front tire working in sync with the rear, you're dead wrong. This absolute beast comes out swinging with two motors to power the wheels.

There's no trickery here either. They aren't two 500 watt motors doubled up to make a 1,000-watt powerhouse. It's actually working with two 1,000-watt motors to produce absolute madness.

Yeah, we probably could have talked about this under the previous heading, but this is a big deal. The Bafang motors, like those on the Megatron, are often called the "diesels" of the eBike motor industry.

Why? Because they're torquey and built to take a beating. With metal components taking the place of flimsy plastic alternatives, the Bafang becomes more than just a powerhouse. It's a motor you can rely on more than any other, which is something you want when you're deep in the woods. So, double the power means half the economy, right? That's a rule of thumb with internal combustion engines, and it's not like the Megatron can be paired with a bigger fuel tank to extend the range.

Well, it doesn't need it anyway. This dual-drive eBike will take you up to 80 miles on a single charge. For reference, that's about double what most hunting eBikes have to work with, meaning you can get to those spots that are far less populated.

7. It ONLY comes in camo

Yeah, we're cheating a little. Most hunting eBikes have some camo finish available.

However, the fact that it's not optional for the Megatron pretty much tells us exactly who this is built for. It's built for hunters like you, who can appreciate something that's quiet, powerful, and built to blend in.

No, we don't mean weight like that. Not yet, at least. More power makes a model more responsive, and that's always great. However, all the power in the world doesn't make a difference if a bike is weighed down.

Thankfully, the Megatron can tote up to 300 pounds before it starts to break a sweat. That's right. You, your rifle, your gear, and your take are well within reason for the Megatron.

Ok, now it's time to talk about the weight you were thinking two motors bring to the table. Yes. The Megatron is a little heavier than most, but that's typical of anything muscular.

There isn't a whole lot of fat around the edges, though. The Megatron weighs in at 77 pounds. Again, that is heavier than some alternatives, but only by a few pounds — which is a lot less than many of us had anticipated. Make it a better with a cart

The Megatron can bring more to the table than just the Megatron. Rambo knows a thing or two about what hunters demand and has always done a great job at answering the call of duty.

The hand/bike cart is an optional addition that can elevate this model beyond its already astonishing heights is the hand/bike cart. Well, it's not precisely optional as you will need it. This is the accessory you'll be wishing you had when you finally land that dream buck.

Of course, Rambo does have other accessories you need to consider as well. Its extra-large luggage rack, bike hitch, and fat-tire bike hauler are all accessories that can redefine your hunting experience.

Are you not sold on the Megatron? That's alright. Two 1,000-watt motors powering two superbly capable fat tires just don't do it for some people, and that's reasonable.

All jokes aside, this Fat Tire eBike certainly serves the community well. Be sure to review some of our previous and upcoming posts where you can find more deep dives like this on some of the best eBikes for hunting. 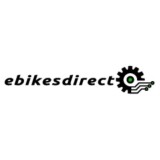 Hey, Thank You for selling. This is Best Bike For Canadian Hunter.